A strategy to enter into short-term dips using moving averages and volume and then exit using the Relative Strength Index.

Written by Oleg Giberstein
Updated over a week ago

The main goal of a short-term trading strategy is to catch small price movements with as little capital risked as possible and as little time spent exposed to the asset.

This strategy, on average, manages to close many trades within one day, meaning that you are not exposed to the risk of holding that coin for long. In this way, market conditions affect the overall performance of the trading system much less.

The setup of this strategy uses two moving averages and the volume. First, the strategy aims to trade assets trading in an uptrend, as will be exhibited by the MA9 greater than the MA100. Second, it will enter these coins when the price is crossing back over the MA9, thereby benefitting from either volatility or short-term corrections. Finally, the increase in volume within 30 minutes confirms that the price action that you're buying into is backed by sufficient volume and hence demand.

The strategy then looks to exit based on the RSI - instead of using fixed, percentage-based stop losses or take profits, it closes the trade based on whether the trend seems to be weakening or seems overbought.

The buy order is placed on assets that are most likely in the middle of an extended rally and are about to have at least a short-term continuation of it. To capture this setup, the strategy buys when:

As a reminder, the goal of the strategy is not to catch the whole upside of the asset but use a more conservative approach to capture short-term upside. This allows keeping the risk of the strategy low and the trades short and frequent.

How to build it on Coinrule 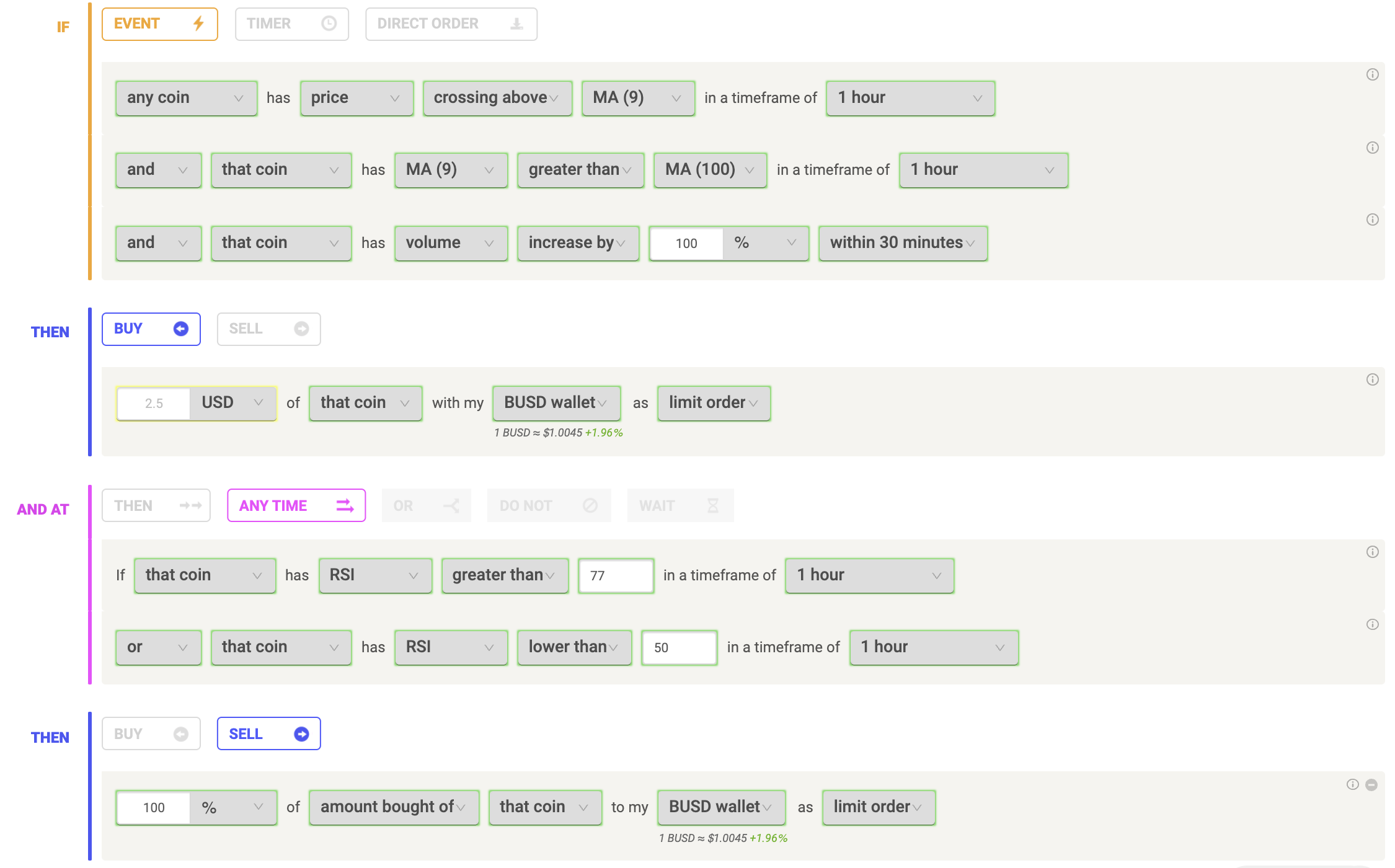