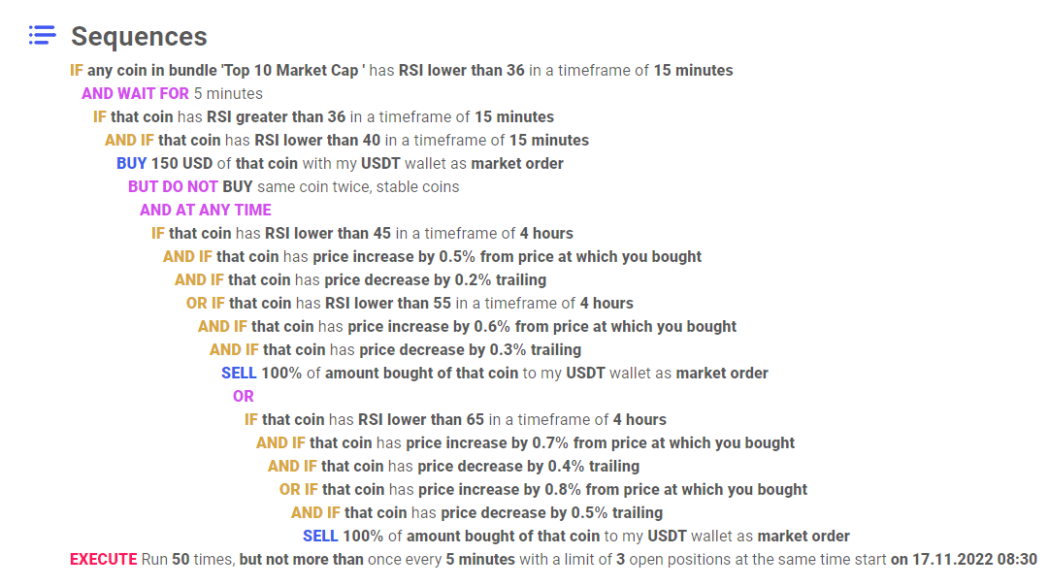 This rule is set to buy any coin in the Top 10 Market Cap bundle rule. The rule is designed for most market conditions and as its only trading the top ten coins they tend to rebound very quickly. The rule has been tested and performs well overtime by adapting to every market condition. An example of this rule's perfomance can be seen in the PnL here:

The rule is set to buy any coin in the Top 10 Market Cap bundle that has RSI lower than 36 in a timeframe of 15 minutes. Once a coin from the bundle meets this condition, the rule then waits for 5 minutes then evaluates the following conditions. If that coin has RSI greater than 36 and RSI lower than 40 in the same timeframe, the rule is set to buy a certain amount with the preferred wallet as market order without buying the same coin twice until an existing open position is closed. Once the rule buys a coin in the bundle which meets the conditions, it begins to evaluate the sell conditions.

Let's assume the first condition is met quickly, the rule will buy a coin once every 5 minutes (see 'Execute' section). After buying the first coin, it can still open a further 2 trades before the limit has been reached. After another buy, we are down to 1 additional Buy and so on. Should the second Action 'Sell' be triggered at any point, a trade is 'closed' and the rule would be able to open an additional new Buy action. The limit on open trades makes sure that you have full control over how many trades are open for your rules.

In the Rule Detail page you can also check all your open and closed trades for each Rule: 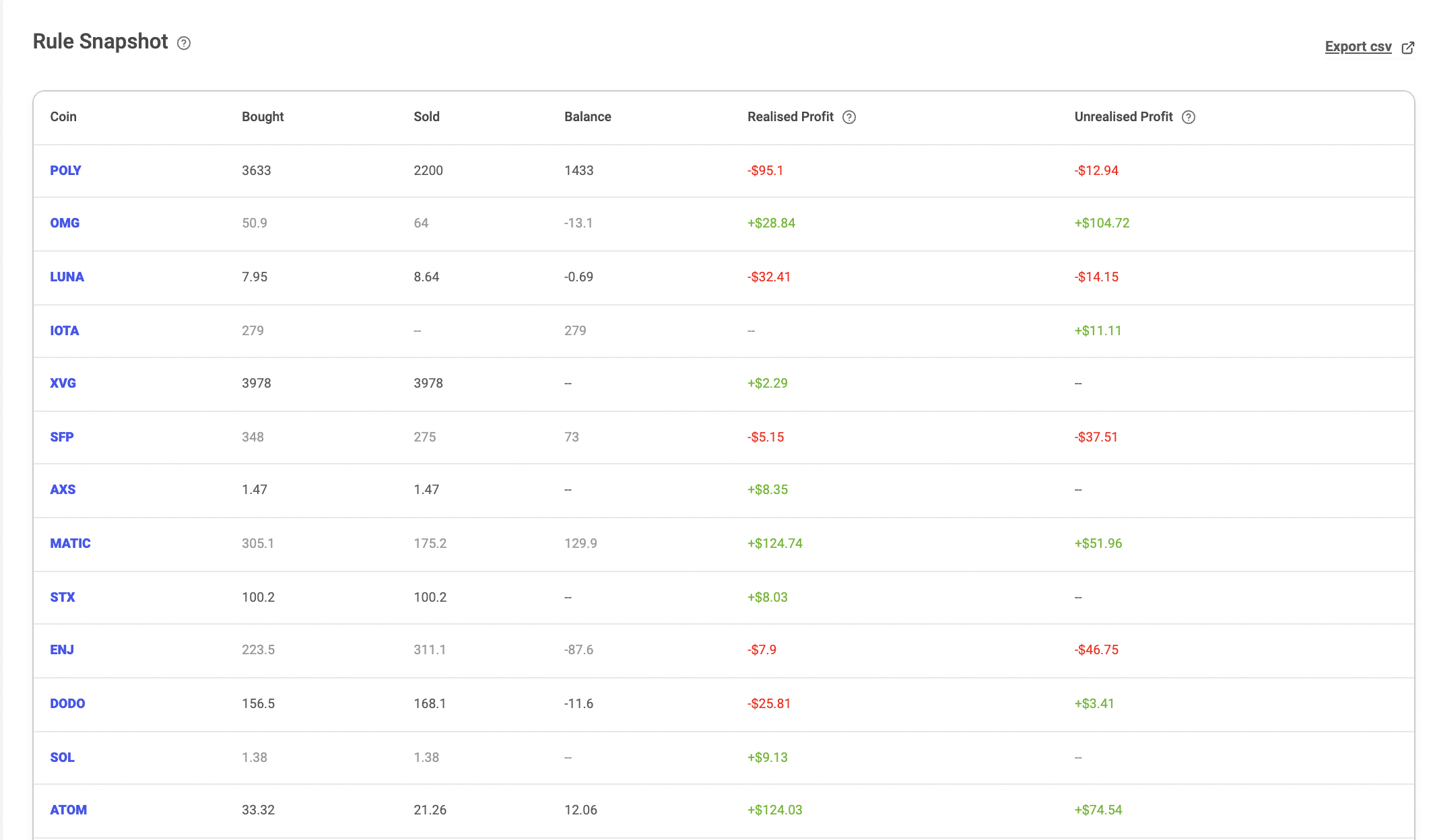